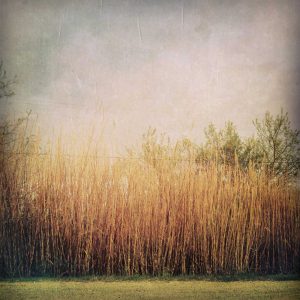 As long as I can remember, I've been curious about God and anything that might be considered "spiritual." I was brought up rather loosely Unitarian/Universalist by parents who encouraged me to be a free and independent thinker. As a child I was drawn to hatha yoga, the I Ching, Tarot cards, astrology. I asked my parents if they believed in God and wondered at their different and tentative answers. I pondered whether I had a soul and what a soul even might be. During the summer before 9th grade I read Siddhartha by Herman Hesse and I was moved by something I recognized as important and very real but was still too young to fully understand.

In 11th grade, fates somehow conspired to provide a semester-long course in comparative religions at my high school. When we learned about Taoism, Hinduism and Buddhism, I had visceral shocks of recognition. I realized that these were the ideas that I had been struggling to figure out on my own. What joy I felt to find ancient and well-thought out religions based on these concepts. There, I thought, were the answers I sought.

So, I went to SUNY Stony Brook to study Religious Studies. I was young and excited but also struggling with depression, anxiety and addiction issues. I found my courses boring and lifeless. There was no Truth to be found, no answers to those childhood questions of mine. I skipped classes and went to Grateful Dead shows, took drugs and learned how to cook vegetarian food. I ended up dropping out and going west, and west again, to live on the beach in Hawaii.

On the Big Island, I had an experience of what I called Love and God for the first time in my life. I found The Course In Miracles and did it on my own. It seemed that there were answers there, and elsewhere, but they felt always just out of my reach.

I also became aware at this time that I had a strong ability to be a channel for healing. If I laid my hands on someone in pain, I often felt their pain in my body. The first time that happened, a friend had a massive toothache when I stood behind his chair and began to massage his neck, I felt a sharp, shooting, almost blinding pain in one of my teeth. I was honestly shocked. I asked him if he felt pain in that specific tooth and in surprise he said he said yes. Since then, this has happened more times than I can remember. Even when I don't feel the pain in my body, I always am led to the area that needs work. Just by laying on of hands and allowing, the energy of healing has always been able to flow through me.

After Hawaii (one can only live on the beach for so long) I settled in the San Francisco Bay Area. Many years passed and I felt always that I was groping for some kind of spiritual meaning in my life. Although it seemed that I had more awareness than most people I knew, still I suffered and struggled. I got sober and worked the 12 steps of AA. I took responsibility for my actions and probably took responsibility for more than was fairly mine.

I went back to school to try to make a difference in the world through dedication to environmental issues. I earned a bachelor and then a master degree in botany and plant ecology from San Francisco State University. I got a job in environmental consulting as a field botanist. I developed a dedicated yoga and meditation practice and became a yoga teacher.

Eventually I found a spiritual teacher who I felt I could trust and I dove into her teachings of Tibetan Buddhist and some Hindu practices. I moved into a practice house with other students. As it turned out, that all led to naught except to reinforce what I had always known - the truth and insight that led to a religion did not survive within the religion. Only empty practices and dogmas remain.

One more teacher who is not really a teacher came my way. She gave me many true and useful gifts.

To know that I am loved beyond measure.

To be seen and accepted as I am.

To trust my inner knowing.

To offer my gifts to the world.

To know that I am a healer and a teacher.

But eventually I left her as well.

We must be our own Teacher.

We must rise like the phoenix from our own ashes, time and again, if we would truly awaken.

If you are curious about awakening, dedicated to awakening, dabbling in awakening or completely clueless about what it even means but you want to learn - you've come to the right place.

No one else can tell you how you are supposed to live or how your process of waking up will go. Because no one else has ever lived your life or woken up as you.

The Umaverse is about waking up in and through your ordinary extraordinary life.

And I, Uma, am honored to help, to provide tools and hold space for you, as you embrace and allow your own awakening.